Use our Amazon Smile account. It’s easy! Just use Amazon Smile and search for Oak Brook Park District Foundation. Amazon will donate .5% of the price of eligible purchases. 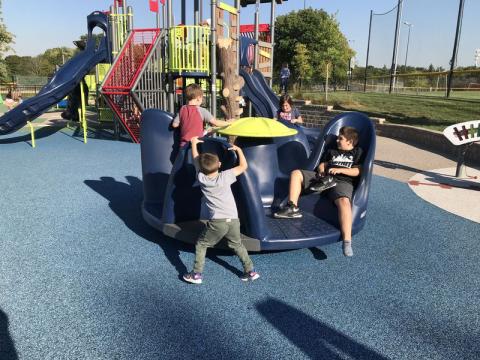 The Foundation and park district are seeking recipes from community members to publish in a community cookbook, which should be available in February 2021.

“We’re trying to find creative ways to connect with people, especially now, during COVID-19,” said Liz Littwin, who is in-charge of corporate and community relations for the park district. “That’s really the main goal of this, and it’s also a good way to raise money for the Foundation. I think a cookbook is the perfect way to bring the community together in a safe and socially distant way this winter.”

Recipes are being sought mainly in the categories of entrees, side dishes, appetizers and dessert, although Littwin said pretty much anything goes.

“This is a great way for people to share their favorite recipes and family traditions of things that have been part of the holidays for them,” she said.

Recipes for submission should be emailed by Dec. 31 to cookbook@obparks.org. The name of the person submitting a recipe should be included in the email.

Those who do submit recipes will receive a coupon for $5 off the purchase price of the cookbook, which may be pre-ordered online for $25 before Jan. 1, 2021, and $30 after that date.

“I really have no idea how many people will submit recipes,” Littwin said. “I think it would be great if we get 50 for this first time doing it, and if there’s interest it’s probably something we would do again. I hope to do it again.”

The park district opened a $1 million Universal Playground in 2018 in Central Park.

“The concept of universal play considers the physical, social, and emotional needs of all users, so that everyone can experience the benefits of outdoor play and no one is left on the sidelines,” said Laure Kosey, the park district’s executive director.

Kosey said she thinks the community cookbook is a good way to support the community and bring people together during the pandemic.

“We’ve been trying to think outside the box,” she said. “We’ve been working very hard to give a sense to the community that we’re in this together.”